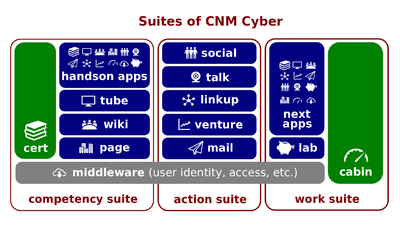 What Testing Is (hereinafter, the Lectio) is the lesson part of Manual Testing Essentials lesson that introduces its participants to manual testing concepts. This lesson belongs to the CNMCT Entrance section of the CNM Cyber Placement.

The predecessor lectio is What the Placement Is.

Testing can be defined as an endeavor undertaken to try out somebody or something to discover, evaluate, and/or measure the one's capacities, characteristics, and/or defects. The English word, test, originally derived from a Latin noun, testis, that meant one who attests or, equally possibly, the related verb, testari, that meant to bear witness.

In Old English, meanings of testing included trial to determine the correctness of something for a noun and, for gerunds and verbs, examining the correctness of and putting to the proof. Testament literally means a witness testimony.

Another Latin word, contestari derived from a combination of the assimilated preposition meaning with, together and the verb, testari. The English word, contest, literally means testing several objects together: together + test = contest.

The tested object bears those capacities, characteristics, and, possibly, defects that are the subject of testing. This object may be a human being, a group of people, non-human things, as well as any systems, including those that combine human beings and non-human things such as motor racing teams. The tested object can be defined as someone or something that undergoes a test.

For instance, drug tests determine the presence or absence of specified drugs or their metabolites. The CNMCP Admission Test that you have just successfully passed aimed to assess your general knowledge of CNM Cyber. A government is testing new public policies when this government studies the effects of new laws that a neighboring government imposed some time ago.

The tested objects may be called testees or examinees.

On another side, a testing subject is someone or something that administers a test. Often, the testing person, people, or things are called testers or examiners. Educators and researchers conduct testing on a regular basis. Proctors are those who watch examinees taking an examination to make sure that the examinees do not cheat. Test pilots fly newly-produced airplanes to evaluate their airworthiness and other characteristics. Human examiners may have plenty of other titles, but more and more tests are conducted automatically, by computers and machines rather than by people.

Principally, all of tests may be categorized as experimental, interventional, or natural.

Observation is an essential part of any test. Those tests that include nothing, but observation, are natural. Two examples of natural tests are temperature checks and so-called duck tests. The duck test asserts that,

Blood tests would be examples of interventional testing and vaccine testing is an experimental one.

Fill in the blanks:

The successor lectio is What Manual Test Is.