Idea Generation Quarter (hereinafter, the Quarter) is a lecture introducing the learners to portfolio discovery primarily through key topics related to idea generation. The Quarter is the first of four lectures of Portfolio Quadrivium, which is the first of seven modules of Septem Artes Administrativi (hereinafter, the Course). The Course is designed to introduce the learners to general concepts in business administration, management, and organizational behavior.

No predecessor lecture is available. This Quarter is the first lecture of the Quadrivium, which is the first module of the Course. 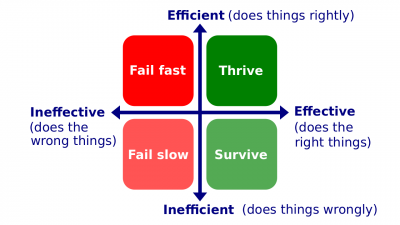 Efficiency vs effectiveness
Portfolio discovery is the 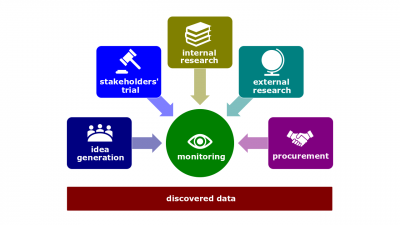 Organizationally, the data needed to design or modify the enterprise portfolio is collected through idea generation, validated learning, monitoring, and/or market engagements. This particular lecture concentrates on idea generation because these enterprise efforts are the primary method for identifying those changes that can alternate those businesses that already are in and add new startup businesses to the enterprise portfolio.

Feasibility Study Quarter is the successor lecture. In the enterprise discovery series, the next lecture is Validated Learning Quarter.